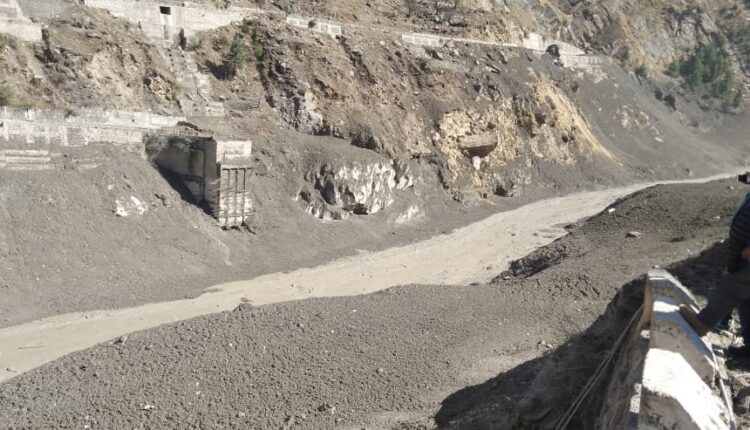 Dehradun: A glacier broke off in Joshimath in Uttarakhand’s Chamoli district on Sunday, causing a massive flood in the Dhauliganga river.

Uttarakhand Chief Secretary OM Prakash has said 100 to150 casualties are feared in the flash flood in Chamoli district.

Following the glacier breach, a massive flood was witnessed in Dhauliganga near Reni village, where many river bankside houses were flooded.

Commenting on the incident, the local police said Rishiganga Power Project has been damaged due breach of a glacier in the Tapovan area and those residing on the bank of the Alaknanda river are advised to move to safe places at the earliest.

Though the impact of the disaster may not be felt in Rishikesh and Haridwar, the towns have been put on alert.

Union Home Minister Amit Shah has spoken to Uttarakhand CM TS Rawat, DGs of ITBP and NDRF and has said all concerned officers are working on a war footing to rescue people.