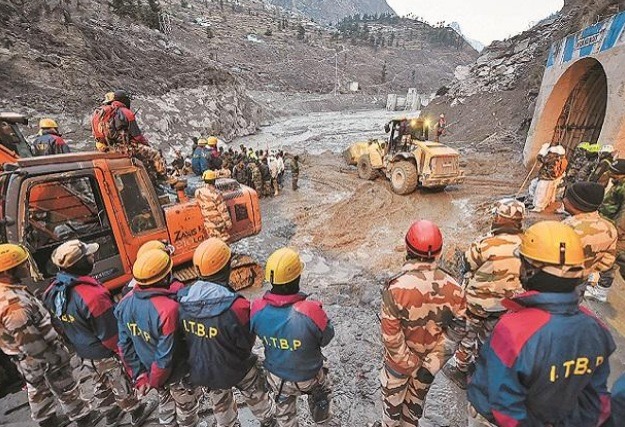 Chamoli: Rescue teams on Thursday recovered one more body from the Tapovan dam tunnel, where a massive operation to reach about 30 people trapped inside began after a flash flood in Chamoli district a week ago.

With this, the death toll has mounted to 59.

Twelve of the bodies have been found in the tunnel while the rest downstream the Rishiganga and Reni village.

Disaster struck Uttarakhand’s Chamoli district on February 7 in the form of an avalanche and deluge, after a portion of the Nanda Devi glacier broke off.

The sudden flood in the middle of the day in the Dhauli Ganga, Rishi Ganga and Alaknanda rivers, all intricately linked tributaries of the Ganga, triggered widespread panic and large-scale devastation in the high mountain areas. Since then, rescuers are trying to locate missing people, even as the death toll continues to rise.