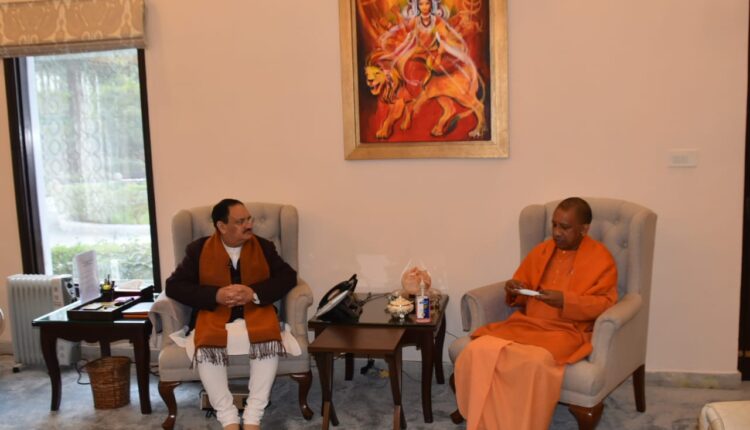 Lucknow: Ahead of the Uttar Pradesh Assembly elections, the National Democratic Alliance (NDA) has announced seat-sharing on Wednesday.

At a press conference, BJP national president JP Nadda said that the party will contest the elections in alliance with the Apna Dal and the Nishad Party.

“The mafia used to be active in UP in nexus with the state government. Now, there’s rule of law in the state. Under BJP’s ‘double-engine’ government, UP has become an investment destination,” Nadda said.

The NDA alliance will fight all 403 seats while Uttar Pradesh will vote in seven phases starting February 10.