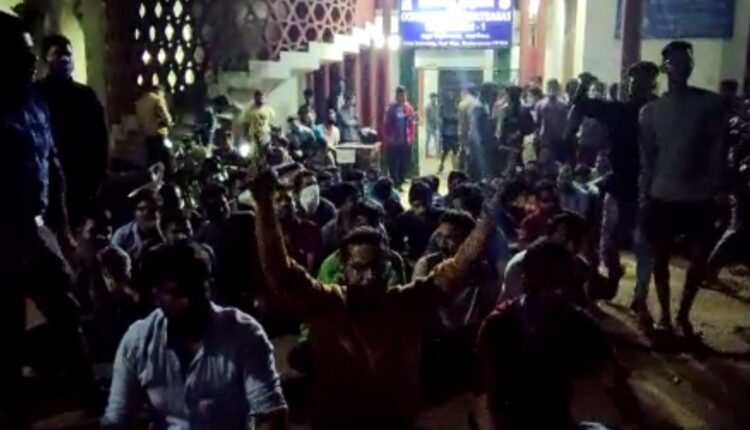 Bhubaneswar: Unrest prevailed in the campus of Utkal University in Odisha Capital after two groups of students clashed here on Monday evening.

According to available reports, the clash occurred between the two groups of students on the campus following a tiff when one group of students was going to meet the university authorities to apprise about lack of proper facilities at hostels while another group opposed.

Following this, some students staged a demonstration in front of the Gopabandhu hostel over the issue.

On being informed, a team of Commissionerate Police reached the spot to maintain law and order situation.

The University reopened on January 11.