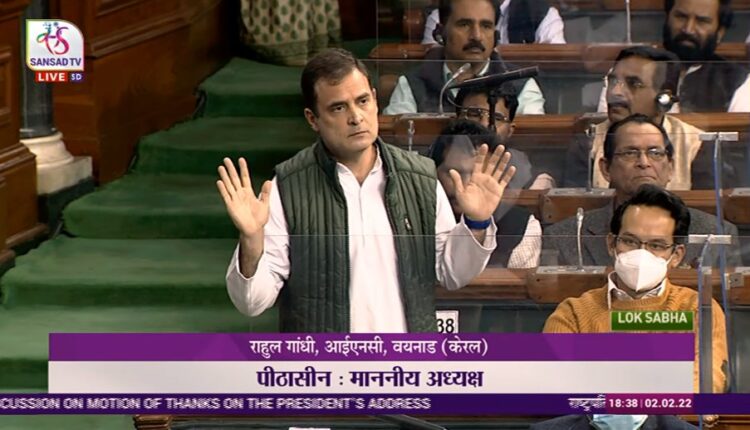 Washington: A day after Congress president Rahul Gandhi said in his Parliament speech that China and Pakistan are closer because of the policies of the Bharatiya Janata Party (BJP) government at the Centre, US State Department spokesperson Ned Price said he “won’t endorse” those remarks.

“I’ll leave it to Pakistanis and PRC to speak to their relationship,” Price further said at a press briefing.

While replying the debate on President Ram Nath Kovind’s address to Parliament, Rahul Gandhi said in his speech on Wednesday that the government has brought China and Pakistan together.

“The Chinese have a very clear vision of what they want to do. The single biggest strategic goal of India’s foreign policy has been to keep Pakistan and China separate. What you have done is, you have brought them together,” he said.

“Do not be under any illusion, do not underestimate the force that is standing in front of you. You have brought Pakistan and China together. This is the single biggest crime that you could commit against the people of India,” he added.