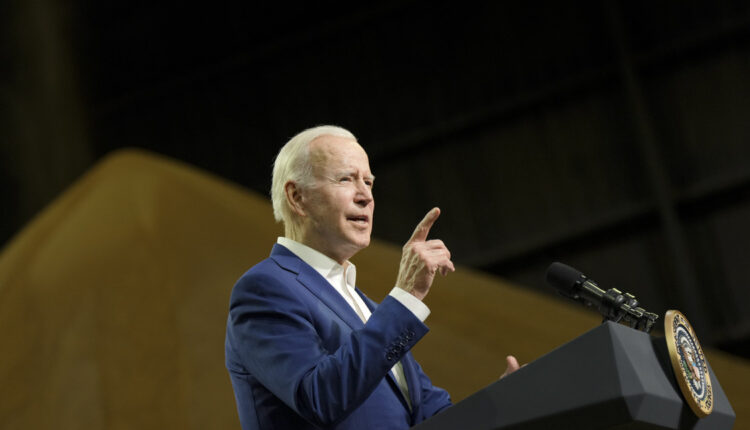 Washington: US President Joe Biden has agreed to provide Ukraine with advanced rocket systems that can strike with precision at long-range Russian targets as part of a $700 million weapons package expected to be unveiled on Wednesday.

The United States is providing Ukraine with high mobility artillery rocket systems that can accurately hit targets as far away as 80 km (50 miles) after Ukraine gave “assurances” they will not use the missiles to strike inside Russia, senior administration officials said.

In a New York Times op-ed published Tuesday, President Biden said Russia’s invasion of Ukraine will end through diplomacy but the United States must provide significant weapons and ammunition to give Ukraine the highest leverage at the negotiating table.

“That’s why I’ve decided that we will provide the Ukrainians with more advanced rocket systems and munitions that will enable them to more precisely strike key targets on the battlefield in Ukraine,” Biden wrote.

Ukrainian officials have been asking allies for longer-range missile systems that can fire a barrage of rockets hundreds of miles away, in the hopes of turning the tide in the three-month-long war.

Biden on Tuesday told reporters that “we’re not going to send to Ukraine rocket systems that strike into Russia.”

He did not rule out providing any specific weapons system, but instead appeared to be placing conditions on how they could be used. Biden wants to help Ukraine defend itself but has been opposed to providing weapons that Ukraine could use to attack Russia.

Thousands of people have been killed in Ukraine and millions more displaced since the Russian invasion on Feb. 24, which Moscow calls a “special military operation” to “denazify” its neighbor. Ukraine and its Western allies call this a baseless pretext for a war to seize territory.

Deogarh: Road blockade on NH-49 near Tileibani over lack of mobile network services