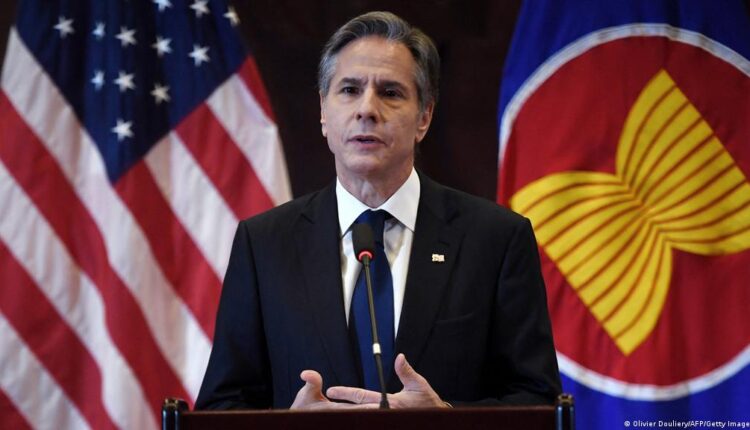 Washington: Citing escalating tensions on Ukrainian borders, the USA will temporarily relocate its embassy in Ukraine from the capital city of Kyiv to the western city of Lviv, announced US Secretary of State Antony Blinken on Tuesday.

“We are in the process of temporarily relocating our Embassy operations in Ukraine from our Embassy in Kyiv to Lviv due to the dramatic acceleration in the buildup of Russian forces,” Blinken said, using the Romanized spelling of the name of the capital city from the Ukrainian language.

“The Embassy will remain engaged with the Ukrainian government, coordinating diplomatic engagement in Ukraine,” Xinhua news agency quoted the secretary as saying.

He added that his country also remains “engaged with the Russian government” and that the “path for diplomacy remains available.” The State Department on Saturday ordered the departure of most US direct-hire employees from the embassy in Kiev, a decision it claimed was made “due to the continued threat of Russian military action” against neighboring Ukraine.

Passport, visa and other routine consular services have been suspended since Sunday, according to the department, and the mission of the now-reduced U.S. diplomatic team is to “handle emergencies” in Lviv. The US and the Russian top diplomats and defense officials held separate telephone conversations Saturday to discuss the Ukraine crisis, followed later in the same day by a high-stakes phone call between US President Joe Biden and Russian President Vladimir Putin.

In addition to evacuating its diplomatic staff, the US has also been urging its nationals currently in Ukraine to depart immediately, warning that those who choose to stay cannot count on the US military to come to their rescue in the event that war breaks out in Ukraine.