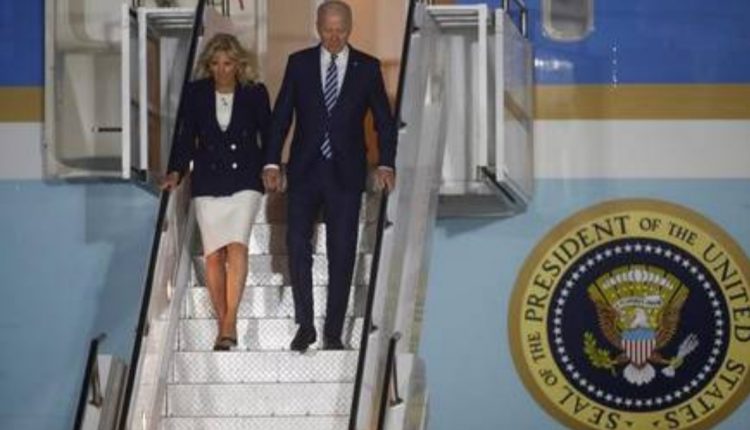 US President arrives in UK for G7 summit; Biden-Putin To Hold Talks on June 16

London: President Joe Biden opened the first overseas trip of his term Wednesday with a declaration that “the United States is back”.

Biden arrived in Britain on Wednesday on his first trip abroad since taking office, an eight-day mission to rebuild trans-Atlantic ties strained during the Trump era and to reframe relations with Russia.

The trip tests the Democratic president’s ability to manage and repair relationships with major allies who grew disenchanted with then-President Donald Trump’s trade tariffs and withdrawal from treaties.

Biden and Russian President Vladimir Putin are set to hold their June 16 summit in an 18th-century Swiss villa overlooking Lake Geneva, a soothing setting for what promises to be heated talks.