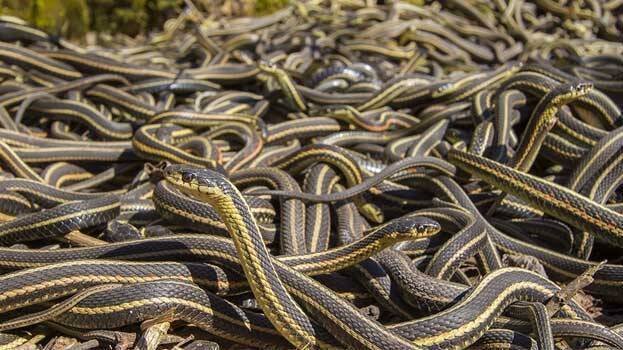 US Man Found Dead In Home With 125 Highly Venomous Snakes

Washington: A 49-year-old man was found dead at his Charles County home in Maryland, US but shockingly, police recovered at least 125 snakes from his home.

Highly venomous and illegal spitting cobras and black mambas were among those snakes.

According to a report in NBC Washington, the local police said they received a call from the man’s neighbour on Wednesday night.

The neighbour said when he did not see the man for over a day, he decided to check on him. Upon reaching his house, he saw the man lying unconscious on the floor.

When the police and fire officials arrived at the house, they found the man dead and surrounded by 125 snakes, including a 14-foot yellow Burmese python.

The police said there was no evidence of foul play. The man’s body was transported to the Office of the Chief Medical Examiner in Baltimore for an autopsy.