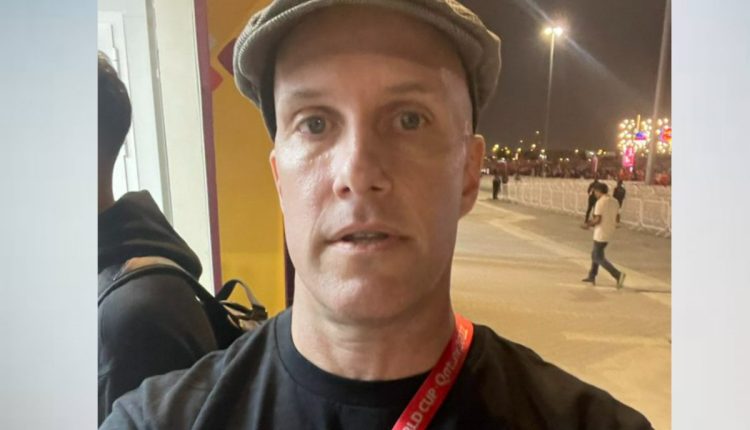 Qatar: A US journalist, who was briefly detained in Qatar while wearing a rainbow shirt in support of the LGBTQ community, died on Friday. Grant Wahl, a soccer journalist came to Qatar to cover FIFA World Cup 2022, was detained on 21 November when he tried to enter Ahmad Bin Ali Stadium in Al Rayyan wearing a rainbow shirt. At that time Wahl was asked to take off his shirt as the country is not the proponent of same-sex marriages.

Grant, 48, reportedly collapsed while covering the quarterfinal match between Argentina and the Netherlands at the Lusail Iconic Stadium on Friday.

Grant was briefly detained last month when he tried to enter a World Cup stadium in Qatar while wearing a rainbow shirt in support of the LGBTQ community in a country where same-sex relations are illegal.

Grant Wahl, a former Sports Illustrated journalist, had said World Cup security denied him entry to the United States’ opener against Wales at the Ahmad Bin Ali Stadium in Al Rayyan and asked him to take his shirt off.

Wahl’s brother Eric has released a video where he is asking for help. Eric alleged there’s some foul play as his brother was healthy. In a video message, Eric is sobbing and saying, “”My name is Eric Wahl and I am Grant Wahl’s brother. I am gay and that’s a reason he wore the rainbow shirt to the world cup. My brother was healthy. He told me he received threats. I do not believe my brother just died. I believe he was killed. I just beg for help”.

Just now: Security guard refusing to let me into the stadium for USA-Wales. “You have to change your shirt. It’s not allowed.” pic.twitter.com/TvSGThMYq8

Eric Wahl, the brother of sportswriter Grant Wahl who died in Qatar while covering the World Cup, is asking for help.

Grant was detained in Qatar for wearing a rainbow shirt two weeks ago pic.twitter.com/lak0b1UZwa