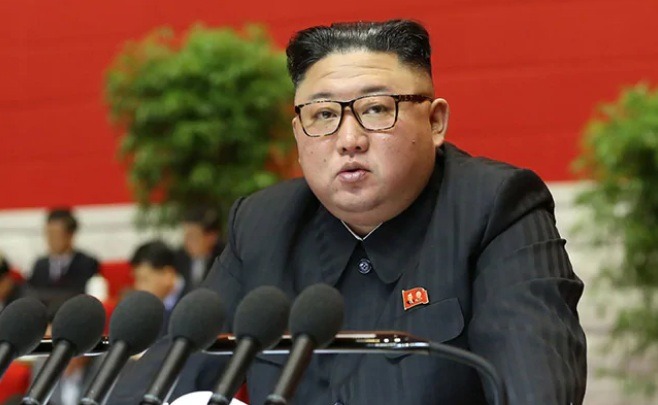 “Our foreign political activities should be focused and redirected on subduing the US, our biggest enemy and the main obstacle to our innovated development,” Kim said on Friday, according to a Korean Central News Agency report of his remarks.

Kim’s comments made Friday during a key meeting of the ruling party were seen as an effort to apply pressure on the incoming government of President-elect Joe Biden, who will take office later this month.

“No matter who is in power in the US, the true nature of the US and its fundamental policies towards North Korea never change,” Kim said, pledging to expand ties with “anti-imperialist, independent forces” and calling for expanded nuclear capabilities.

“Nothing would be more foolish and dangerous than not strengthening our might tirelessly and having an easy-going attitude at a time when we clearly see the enemy’s state-of-the-art weapons are being increased more than ever,” Kim said.

Kim’s high-stakes nuclear diplomacy with President Donald Trump has remained stalled for nearly two years because of disputes over US-led sanctions on the North.

Over 200 Sacks of Paddy Gutted In Fire In Balasore