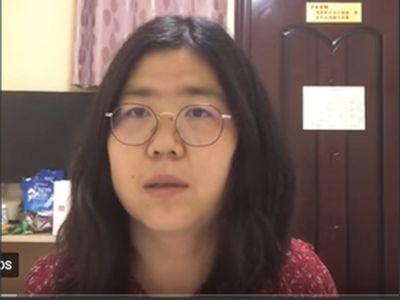 US criticizes China for putting Wuhan scribe behind bars

Washington DC: The US has criticized China over the imprisonment of citizen journalist Zhang Zhan who broke news on the dreaded coronavirus.

It also criticised Beijing to suppress information regarding the origins of coronavirus.

Outgoing President Donald Trump’s secretary of state Mike Pompeo said the Chinese Communist Party has shown once again it will do whatever it takes to silence those who question the party’s official line.

Zhan was on Monday handed down four years jail term for her reporting on the origins of coronavirus.  She was sentenced by a Shanghai court for ‘picking quarrels and provoking trouble’.

Pompeo and the outgoing Trump administration have been vocally critical of China and over its alleged role in the pandemic that has had long lasting adverse impacts on the global economy.

The European Union, in the meanwhile, has urged the Chinese authorities to immediately release  Zhang. Sources said Zhang is being subjected to torture and ill-treatment during her detention and her health condition has deteriorated.