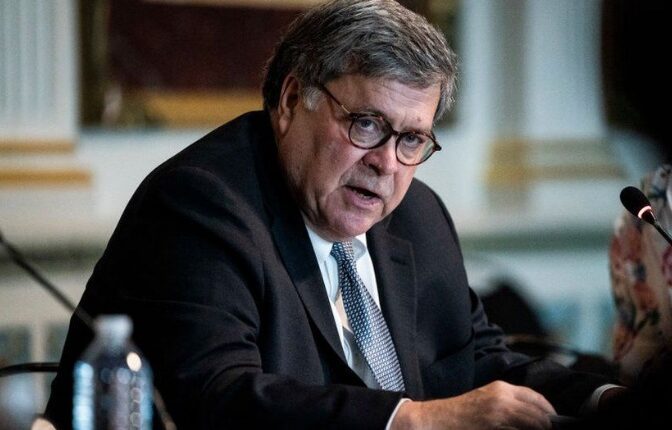 US Attorney General William Barr to step down by Christmas

Attorney General William Barr on Monday said he would resign next week, ending a tenure in which the President Donald Trump loyalist carried the administration’s “law and order” message but ultimately dealt the most credible blow to Trump’s unfounded claims that the 2020 election was littered with fraud.

His departure was announced by the President on Twitter moments after counting in the Electoral College put President-elect Joe Biden over the 270 votes needed to formally secure the presidency.

There had been tension between the two after Barr said there was no widespread evidence of voter fraud in November’s election.

He was criticised by Trump for not publicly disclosing that the justice department was investigating Joe Biden’s son during the campaign.

Barr’s resignation letter saying: “Our relationship has been a very good one, he has done an outstanding job!”

Barr’s letter to the president began by saying he “appreciated the opportunity to update” the president on the Department of Justice’s (DOJ) review of voter fraud allegations in the recent election and “how these allegations will continue to be pursued”.