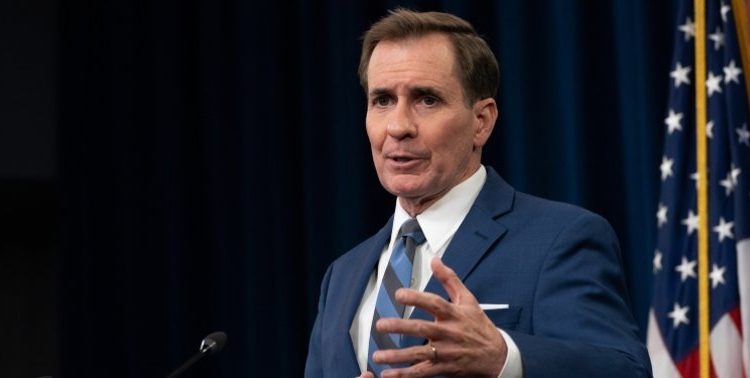 On August 4, China launched multiple ballistic missiles into waters to the northeast and southwest of Taiwan, threatening Taiwan’s national security and escalating regional tensions in the region.

This follows Pelosi’s high-stakes visit that marks the first visit by a US House Speaker in 25 years since Newt Gingrich came to Taiwan in April 1997. It was also Pelosi’s first trip to Taiwan in over two decades.

“I’m sure all of you that covered overnight, the People’s Republic of China launched an estimated 11 ballistic missiles towards Taiwan which impacted to the northeast, the east and southeast of the island. We condemn these actions which are irresponsible and at odds with our long-standing goal of maintaining peace and stability across the Taiwan Strait and in the region,” Kirby told a briefing.

“China has chosen to overreact and use the speaker’s visit as a pretext to increase provocative military activity in and around the Taiwan Strait,” he added.

A number of countries including the US on Thursday condemned the firing of five ballistic missiles by the Chinese military, which fell into Japan’s exclusive economic zone (EEZ). This comes as China is conducting live-fire drills in response to Pelosi’s visit to Taiwan.

Another 1,011 COVID-19 patients recover in Odisha