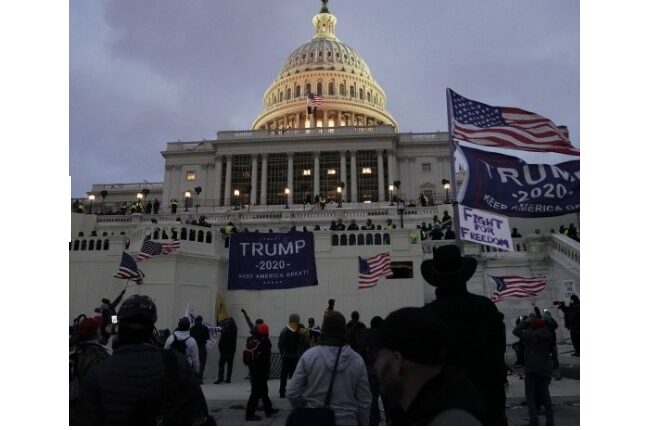 Washington: Supporters of President Donald Trump who stormed the United States Capitol on Wednesday should not be allowed to leave the Washington area on commercial flights, the head of a large flight attendants union said.

US airlines said there had been unruly passengers on flights into the Washington, DC area on Tuesday, raising concern about their departure, reports suggested.

“The mob mentality behaviour that took place on several flights to the DC area yesterday was unacceptable and threatened the safety and security of every single person onboard,” Sara Nelson, president of the Association of Flight Attendants-CWA representing workers at 17 airlines, said in a statement.

“Acts against our democracy, our government and the freedom we claim as Americans must disqualify these individuals from the freedom of flight,” the statement said.