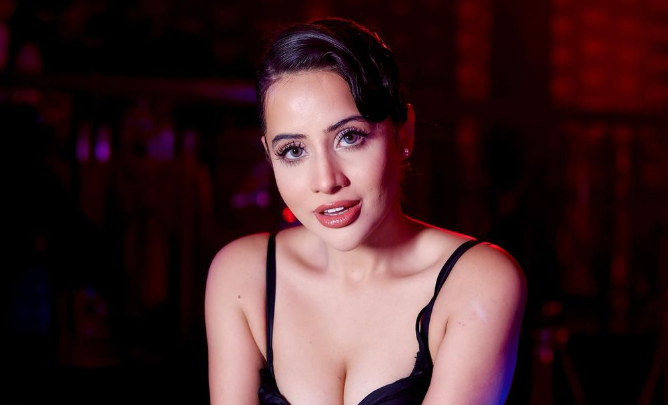 Mumbai: Urfi Javed once again set the internet ablaze by dropping her semi-nude topless video on her Instagram handle.

The actor often gets ridiculed and trolled for her wardrobe and sensuous videos on the internet. She had previously been into war-of-words with Farah Khan Ali and Chahatt Khanna as well. Urfi was also slammed by Anupamaa actor Sudhanshu Pandey who was offended by her topless video during Laxmi Pujan.

The actor shared her topless video and captioned her post as, “What’s written on the canvas ?” As the camera focuses on her bare back she can be seen painting on the wall. As the camera moces to the writing on wall Urfi turns her head backwards. The graffiti on the wall reads, “They Mad, They Still Nameless.” The actor as usual got mixed reactions from netizens. While some praised her bold persona, others slammed her video as well.