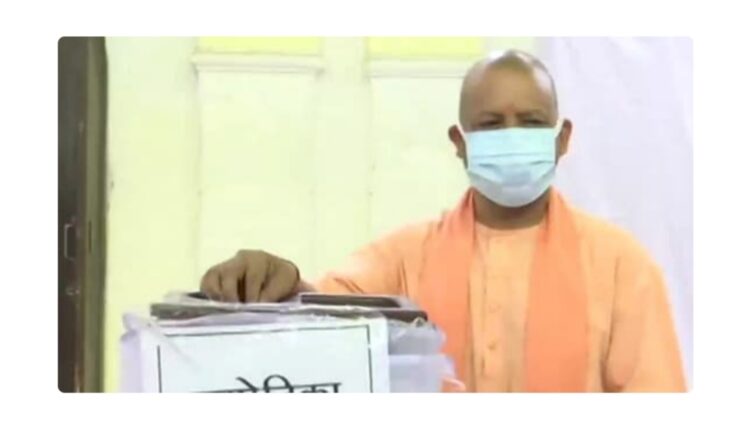 Lucknow: Uttar Pradesh chief minister Yogi Adityanath was among the early voters on Saturday as polling began for the legislative council elections. The UP MLC polls are taking place weeks after the BJP retained the state with a huge majority of 273 seats along with its allies following the seven-phased assembly elections. Nine BJP candidates have been elected unopposed after the Election Commission announced the MLC polls for 36 seats last month.

The chief minister – who created a record of sorts as he became the first UP CM to return to power for a second straight term in three decades – was seen casting his vote.

“Voting is to be held in Uttar Pradesh today for the biennial elections to the Legislative Council of Local Authority Constituencies. All the eligible respected voters must vote for the victory of development, nationalism and good governance. Your one vote will give strength to the construction journey of ‘Self-reliant Uttar Pradesh’, (sic),” the 49-year-old BJP leader tweeted in Hindi hours before voting began.