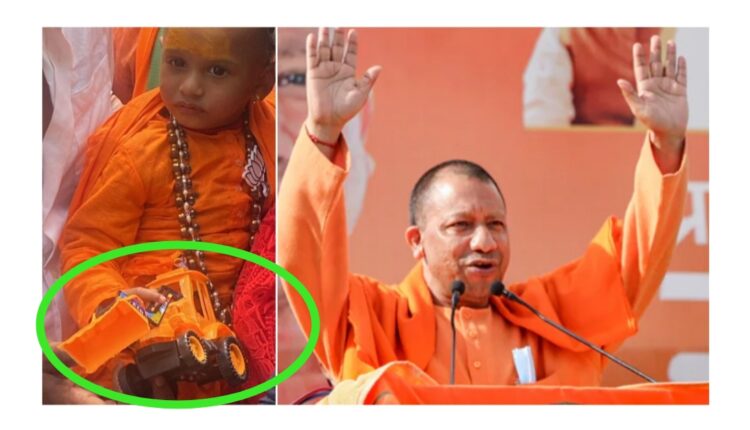 UP Polls | 1.5 YO Navya dresses up as CM Yogi, carries toy bulldozer

Lucknow: A 1.5-year-old child identified as Navya was spotted to have dressed up in a CM Yogi Adityanath look. Not just that, but aslo she carried along a toy bulldozer in hand. The image of Navya along her father, as she arrived at BJP office in Lucknow, are going viral on social media.

The micro blogging site Twitter is trending with a lot of election hashtags, be it the five poll bound states or the name of candidates who could win. However, ‘Bulldozer is back’ marks one of the top trends hinting over Bulldozer baba aka Yogi Adityanath’s likely victory in Uttar Pradesh.