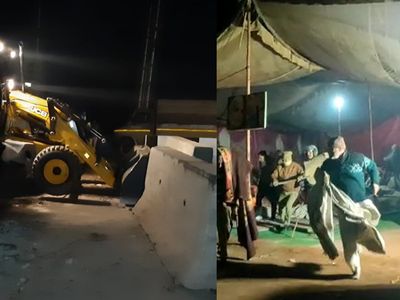 Lucknow: The Uttar Pradesh government has removed protesting farmers from all three sites in the state to thwart Delhi-like violent activity.

The UP government has done this following the violence witnessed on Republic Day during the farmers’ tractor rally in Delhi.

The ongoing kisan dharnas from all three places in the state, namely Chilla border and Rashtriya Prerna Sthal & Green Garden in Noida and Baraut in Baghpat, have been removed.

News agencies quoting ADM Baghpat Amit Kumar Singh said the National Highways Authority of India had written a letter to the state government that work is being  delayed due to the protests.

The ADM said they have peacefully removed the protesters (from the Delhi-Saharanpur Highway). He said the protest had disrupted the ongoing construction work of the national highway. The police have registered a case against unknown persons for obstructing work on the highway.