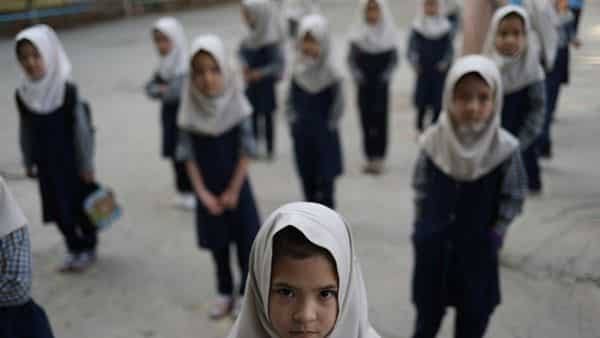 Washington: The United States abruptly cancelled meetings with the Taliban in Doha that were set to address key economic issues, officials said on Friday, after Afghanistan’s Islamist rulers reversed a decision to allow all girls to return to high school classes.

“On Tuesday, we joined millions of Afghan families in expressing our deep disappointment with the Taliban’s decision to not allow women and girls to return to secondary school,” a State Department spokesperson said.

“We have cancelled some of our engagements, including planned meetings in Doha around the Doha Forum, and made clear that we see this decision as a potential turning point in our engagement,” the spokesperson said.

The Taliban, which seized power in August and is eager for international recognition, shut down girls’ schools this week just hours after reopening them.

“This decision by the Taliban, if it is not swiftly reversed, will profoundly harm the Afghan people, the country’s prospects for economic growth, and the Taliban’s ambition to improve their relations with the international community,” the spokesperson said.

“We stand with Afghan girls and their families, who see education as a path to realizing the full potential of Afghanistan’s society and economy.”

In a joint statement on Thursday, the foreign ministers of the UK, Canada, France, Italy, Norway and the US, as well as the high representative of the European Union, said the Taliban’s decision will harm the group’s prospects for legitimacy.

Taliban’s decision to keep schools shuttered for girls came after a meeting late on Tuesday by senior officials in the southern city of Kandahar, the movement’s de facto power center and conservative spiritual heartland.

It followed months of work by the international community to address the issue of supporting teacher stipends, and came just as Afghan girls were eagerly heading back to school for the first time in seven months.