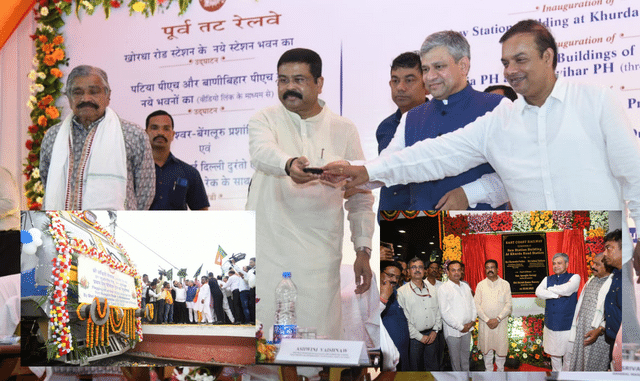 Apart from this, both the Union Ministers inaugurated the New Building of Patia PH and Vani Vihar PH through Video conferencing from Khurda Road Station in presence of MLAs Suresh Kumar Routray and Susanta Kumar Rout.

He also Flagged off of the Extension of 08429/08430 Bhubaneswar-Mahipur-Bhubaneswar Passenger Special up to Nuagaon Road Station in presence of MLA Ramesh Chandra Behera.

Apart from this, Vaishnaw announced the Stoppage of Sewa Express at Bolagarh PH. In the late evening, he inspected Khurda Road-Puri Railway Section and open various Passenger Amenities for Rath Yatra Festival at Puri.