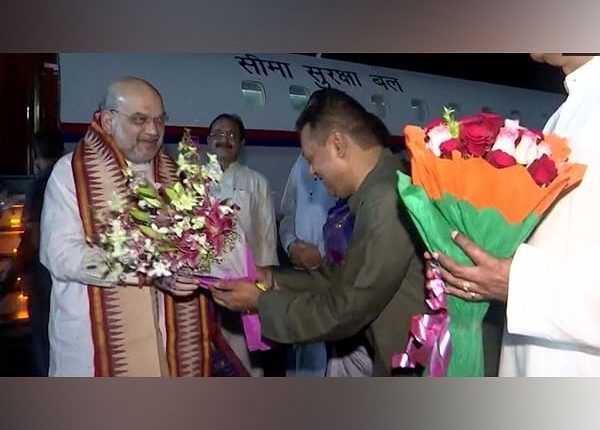 The locals and BJP workers welcomed the duo into the city. People could be seen holding banners and placards with pictures of the ministers on them.

Soon after reaching Odisha, the top BJP leader took to Twitter and wrote, ‘Looking forward to attending various programs in Odisha. I am grateful to the people of Bhubaneswar for the warm welcome.’

As the last Monday of Shrawan falls on August 8, Shah will begin his trip with a visit to the Lingaraj Temple in Bhubaneswar and then proceed to Cuttack where he will visit the birthplace of Netaji Subhash Chandra Bose.

Thereafter, the Union Minister is scheduled to attend the 75th anniversary of publication of leading Odia daily Prajatantra at the Indoor Stadium in the Millennium City.

Shah will then return to Bhubaneswar where he is slated to hold discussions with party’s core committee members, office bearers. It is expected that he might give targets to party leaders for the 2024 general elections.

Tight security has been put in place in Bhubaneswar and Cuttack in view of the Union Home Minister’s visit.