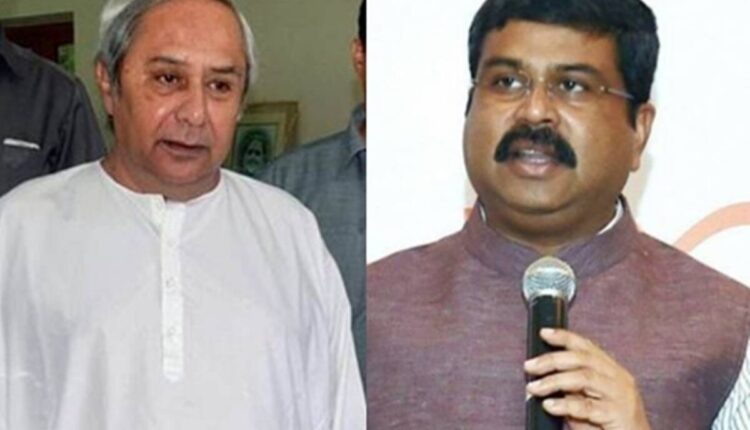 In the letter, the Union Minister mentioned about two specific incidents of such disputes.

“As you would be aware, tensions have flared up once again along the Odisha-Andhra Pradesh border at Pottangi Block in Koraput District. It is understood that the unilateral demarcation claiming certain portions of the Sunabeda Mouza under Sambai Panchayat and digging of a pond in the village of Talaganjei padar by officials of the Andhra Pradesh administration was found unacceptable to Odisha. The matter has now escalated to blockage of Pottangi-Araku road by villagers on the Andhra Pradesh side. This comes a few months after a dispute along the Odisha-West Bengal border in Jaleswar Block of Balasore District due to unilateral sand mining by West Bengal on the Subarnarekha river bed,” Pradhan said in the letter.

Pradhan also urged Patnaik to form a House Committee in the Odisha Legislative Assembly comprising members from different parties for undertaking a detailed study of these issues.

“Fourteen out of Odisha’s thirty districts share borders with Andhra Pradesh, West Bengal, Chhattisgarh and Jharkhand. Odisha has a long history of border and water disputes with all these neighboring States owing to historical, cartographic and geological reasons. Dispute over a clear delineation of land overshadows the on-ground issues faced by the people inhabiting it. Taking a holistic view of the situation, it is important to shed light on the developmental issues and infrastructural challenges affecting the people living on both sides of the border such as providing connectivity and infrastructure in remote areas, ensuring implementation of key developmental programmes and jointly tackling the threat from Left Wing Extremism,” he wrote.

“I request you to convene an all-party meeting, with due participation and inputs from Odisha’s intelligentsia and civil society for discussing these border disputes with neighboring States. Keeping in mind the sensitivity of the issue, I would also urge you to seek the support of the Central Government in mediating a resolution between Odisha and her neighbouring states for boundary disputes,” he concluded.

International Men’s Day: All You Need To Know