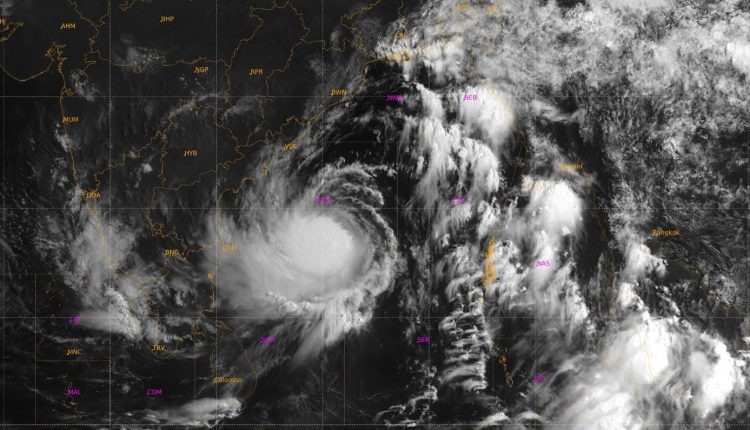 According to officials, the National Disaster Response Force (NDRF) has deployed nine teams and kept seven more teams on standby in Andhra Pradesh while one team has been deployed and 17 units are on standby in Odisha.

As many as 12 teams were deployed and five teams were on standby in West Bengal while additional teams are also in readiness if required.

“The union home secretary today reviewed preparedness of central ministries, agencies and administrations of Andhra Pradesh and Odisha in view of cyclone ‘Asani’ in Bay of Bengal,” a home ministry spokesperson said.

The India Meteorological Department (IMD) informed that the cyclone is likely to reach west-central Bay of Bengal close to Kakinada-Vishakhapatanam coasts by May 11 noon and then move along the Andhra coast between Kakinada and Vishakhapatanam (Krishna, East and West Godavari and Vishakhapatnam districts).

The union home secretary directed central ministries and agencies to keep a regular watch and be in touch with administrations of Andhra Pradesh and Odisha for any help, the spokesperson.

The IMD has been keeping close track of the cyclone and has issued 20 national bulletins so far, updating local administration about the storm and suggesting measures to save lives.

Under the influence of the cyclone, Odisha and West Bengal had received heavy to moderate rainfall on Monday. The weather office said that very high sea conditions were likely to prevail over west-central and adjoining south Bay of Bengal.

In Odisha, two to three spells of rain occurred in districts such as Khurda, Ganjam, Puri, Cuttack and Bhadrak. The cyclone is likely to cause heavy rain in the southern part of West Bengal including Kolkata, Howrah, Purba Medinipur, North and South 24 Parganas and Nadia districts between Monday and Thursday, the weather office had said.