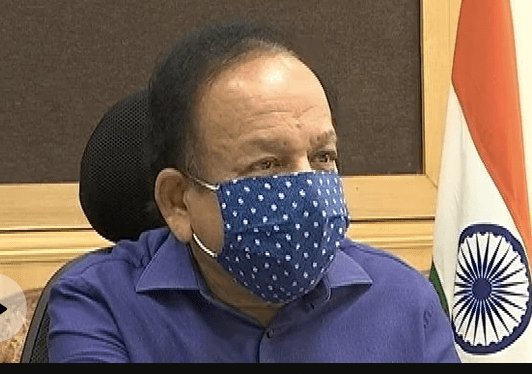 Harsh Vardhan said Maharashtra’s statements on vaccine shortage were “nothing but an attempt to divert attention from the Maharashtra government’s repeated failures to control the spread of pandemic”.

The Union Health Minister also tore into demands by “a section of political leaders” to open up vaccinations to all adults or drastically lower the age bar, pointing out that vaccinations so far had not been optimum.

The government has to prioritise as long as the supply of vaccines remains limited, the Union Minister said and added that the intention is to reduce mortality among the most vulnerable people.  Accordingly, the world’s largest vaccination drive was launched in India with the first recipients being our healthcare personnel and front-line workers, he added.

The Health Minister listed how Maharashtra, Delhi and Punjab had fallen short in the vaccination of targeted groups so far.

PragativadiNews 3 3 mins ago
Mobile and Phones