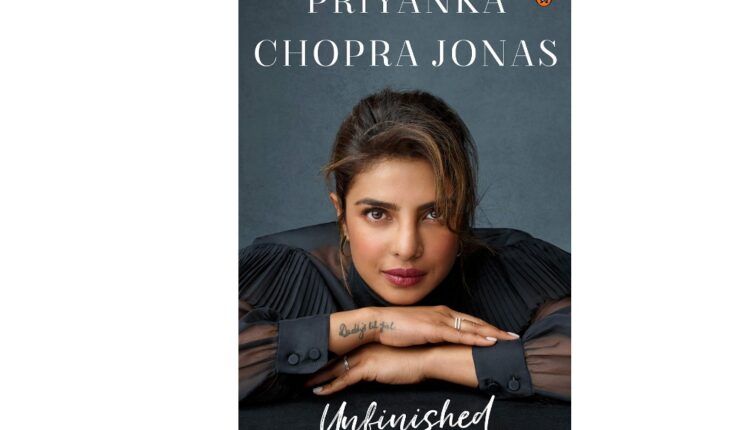 New York: Priyanka Chopra Jonas’ memoir Unfinished is finally out, and the actor is experiencing a “slew of emotions”. In a new video, Priyanka said she is “emotional and excited” as her book is releasing on Tuesday.

While unveiling the cover of her book last year, Priyanka had described her process of writing in a series of posts. She shared that penning Unfinished required unpacking a lot of her past, including things she thought she had made peace with.

“There have been so many of you who have supported me through my entire career and there have been those who have not. But this is not for you. This is for just people who are curious about me. I am hoping with this book you get to know me a little bit as a person, a little bit more than the headlines you read about me,” The White Tiger actor shared. She also read out the preface of her book in the video.

“The funny thing about writing a memoir is that it forces you to look at things differently, reconciling so many things you thought you had put to bed. In doing so I’ve realized that being “unfinished” has deeper meaning for me, and has in fact been one of the most common threads of my life…,” the Global icon wrote.

Priyanka has penned down many milestone moments in her memoir ‘Unfinished’.

Reportedly, she has also spoken about an early interaction with a filmmaker, who had asked her to undergo plastic surgery. “After a few minutes of small talk, the director/producer told me to stand up and twirl for him,” she writes in her book.

“I did. He stared at me long and hard, assessing me, and then suggested that I get a boob job, fix my jaw, and add a little more cushioning to my butt. If I wanted to be an actress, he said, I’d need to have my proportions ‘fixed’, and he knew a great doctor in LA he could send me to. My then-manager voiced his agreement with the assessment.”

From her dual-continent 20-year-long career as an actor and producer to her work as a UNICEF Goodwill Ambassador, from losing her beloved father to cancer to marrying Nick Jonas, Priyanka’s memoir will cover all important aspects of her life.

Sumit Nagal Loses To Berankis In First Round, Crashes Out Of Australian Open 2021