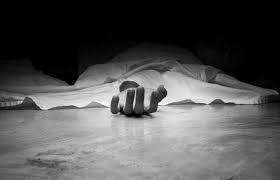 The deceased, identified as Santosh Pradhan(44), a native of Bhimjor Village under Kolabera police station limits, was imprisoned in Jharsuguda Sub-Jail since June 7 on charges of murdering his wife.

According to available information, the prisoner’s health condition deteriorated today. Following this, the jail authorities admitted him to the District Headquarters Hospital. However, the doctors declared him ‘brought dead’.

Later, the authorities informed the matter to the family members and handed over the body after post-mortem.