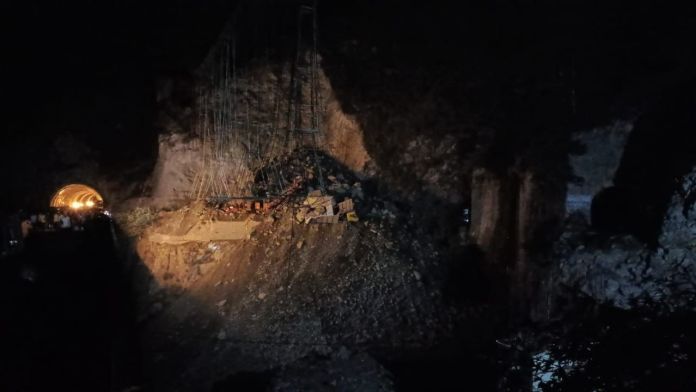 Srinagar: A part of a four-lane tunnel under construction on the Jammu-Srinagar national highway in Ramban district collapsed on Thursday night, trapping nine people, two of whom were rescued, officials said.

A small portion of the front side of the tunnel at Khoni nallah collapsed during an audit, they said, adding that a joint rescue operation was launched immediately by police and the Army.

Two people were rescued, and seven are still trapped inside the tunnel, the officials said.

Deputy Commissioner, Ramban, Massaratul Islam and Senior Superintendent of Police Mohita Sharma are at the spot, supervising the rescue operation, they said.

Those trapped inside the tunnel belong to the company conducting the work of auditing the tunnel, the officials said.

Several ambulances were dispatched to the location from Banihal, they added.