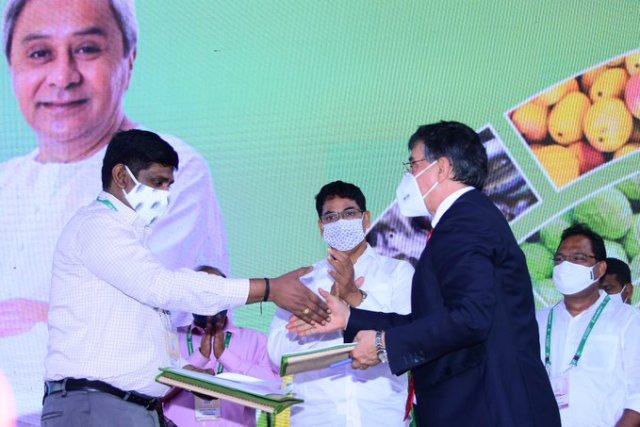 Bhubaneswar: The United Nations World Food Programme (WFP) and the Government of Odisha will be partnering for empowering women through livelihood support and promotion of climate-resilient millets.

“The United Nations General Assembly recently adopted a resolution moved by India, declaring 2023 as the International Year of Millets, highlighting the importance of initiatives like the Odisha Millets Mission,” Parajuli added.

A Memorandum of Understanding was signed on 18th March by Mr. Parajuli and Director, Agriculture and Food Production, Odisha, M Muthukumar, on creating regional and global policy dialogues around millets as a climate-adaptable cereal for nutritional security will be implemented with the Department of Agriculture and Farmers’ Empowerment, Odisha Millets Mission.

“The flagship programme for the promotion of millets in tribal areas of Odisha is aimed to revive millets in farms and on plates. Together with WFP, we will capture and share lessons learned from Odisha Millets Mission and widely disseminate it for adoption in other countries as well,” said Dr. M Muthukumar.

WFP and the Department of Women and Child Development and Mission Shakti have also agreed on collaborating on empowering women and strengthening livelihoods by supporting Women’s Self-Help Groups through technical assistance and capacity development contributing to long-term food security.

Vijender Singh Loses To Artysh Lopsan In ‘Battle On Ship’