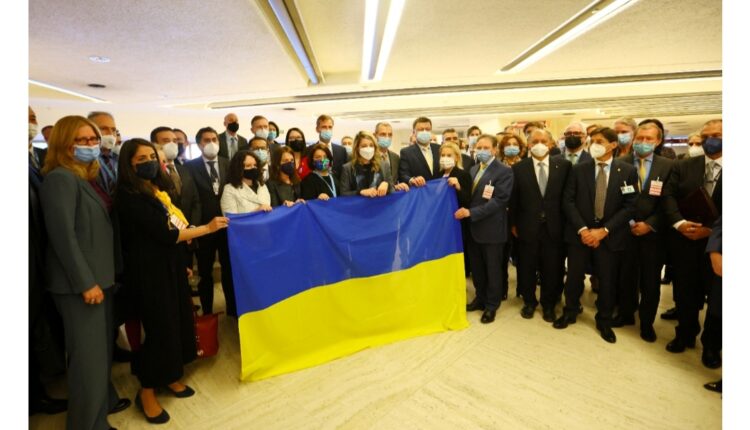 Geneva: More than 100 diplomats from some 40 countries have walked out of a speech by Russian Foreign Minister Sergei Lavrov at the United Nations in Geneva as a protest against Russia’s invasion of Ukraine.

Tuesday’s boycott by envoys from the European Union, the United States, the United Kingdom, Japan and others left only a few diplomats in the room.

U.S. Ambassadors @USAmbGVA Crocker and @USAmbHRC Taylor were proud to join @UKRinUNOG and colleagues from around the globe in today’s dramatic walkout from the Human Rights Council to protest Lavrov’s appalling attempt to justify Russia’s brutal and unprovoked attack on Ukraine. pic.twitter.com/Lovr0TtqiH

Those remaining at the Human Rights Council meeting included Russia’s ambassador to the UN in Geneva, Gennady Gatilov, who is a former deputy to Lavrov.

Ukrainian Ambassador Yevheniia Filipenko, who led the walkout, thanked those who took part in the stunt.