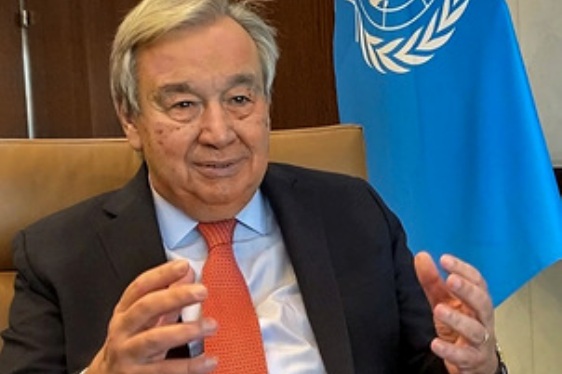 United Nations: UN Secretary General Antonio Guterres, who will begin a visit to India on Tuesday, has said that he is taking with him a ”strong message” on strengthening India’s role in global multilateral institutions.

Guterres will be on an official trip to India from October 18 to 20, his first visit to India during his second term in office that commenced in January this year. Guterres had earlier visited India in his first term as Secretary General on October 1-4, 2018.

In an interview to PTI here ahead of the visit, Guterres said that he is taking ”a message of solidarity with the people of India on the 75th anniversary of Independence and at the same time, a strong message on strengthening India’s role in our multilateral institutions”.

”I am supportive of the idea that we will only have more peace and more justice and equality in the world if we move into a multi-polar world because only with true multipolarity, we can also have forms of democratic, multilateral governance,” he said.