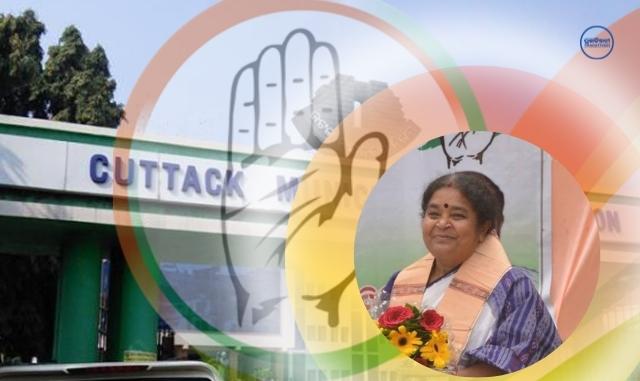 Cuttack: Ahead of the Urban Local Body elections in the state, Odisha Congress on Wednesday announced its Mayor candidate of Cuttack Municipal Corporation (CMC).

Odisha Pradesh Congress Committee (OPCC)working president Chiranjib Biswal announced that Giribala Behera will be its candidate for the post of Mayor of CMC.

The decision was taken at the first meeting of the committee authorized by the party for finalizing candidates for the upcoming urban local body polls in the State.

The meeting held at the Congress Bhawan here was chaired by senior party leader Narasingha Mishra. OPCC president Niranjan Patnaik and 20 others have also attended the meeting.

The committee has also finalized the names of the candidates for the posts of corporators for Cuttack and the party will announce their names within two days.