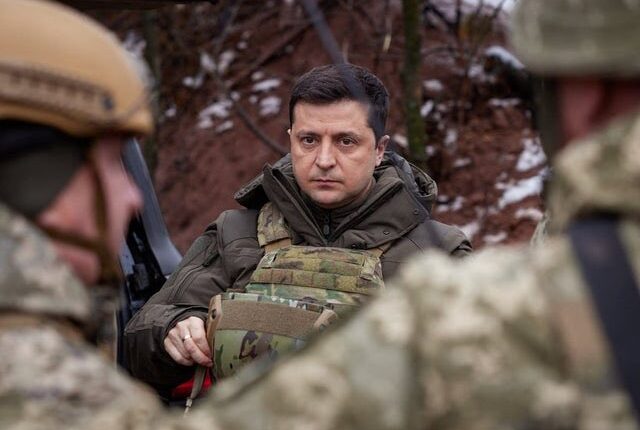 Kiyv: As Russia continues its military operation in Ukraine, President Volodymyr Zelensky on Saturday urged Germany and Hungary to back Russia’s expulsion from the SWIFT banking system.

“We have almost full support from EU countries about disconnecting Russia from SWIFT. I hope Germany and Hungary will have the courage to support this decision,” Zelenskyy said in a video address that was posted on his Telegram channel.

Zelinsky said also that Ukraine has a right to EU membership, and achieving this would be a key sign of support for the country.

“This is the decisive moment to close once and for all the multi-year strategic discussion, make a decision on Ukraine’s membership in the European Union. I discussed this with Charles Michele, Ursula von der Leyen, Emmanuel Macron,” Zelenskyy said, as per Sputnik.

Meanwhile, Prime Minister of Italy Mario Draghi told Volodymyr Zelenskyy that Italy would support the EU’s position on sanctions, including cutting Russia off from SWIFT, the Chigi Palace said in a statement.

“Prime minister Draghi confirmed to president Zelenskyy that Italy supports and will support the European Union’s position on sanctions against Russia, including on SWIFT,” the press service of the Italian council of ministers said.

However, as per reports, the decision of whether to cut Russia off from the SWIFT international financial network or not will be made within a few days.