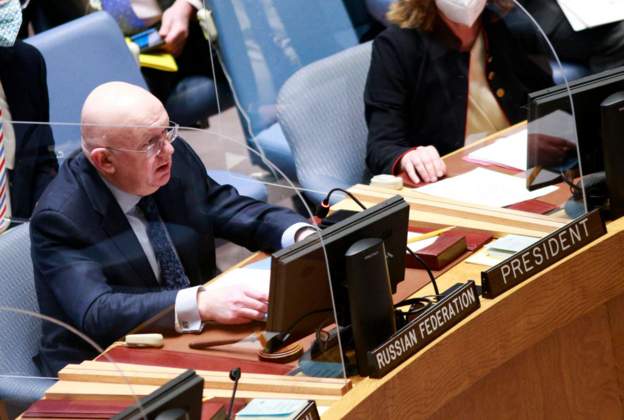 The presidency of the council rotates between members every month, and in February was held by Russian ambassador Vassily Nebenzia.

“I’m looking forward to midnight, when this abomination, occupation of the seat of the president of the council will be over,” Kyslytsya wrote on Twitter earlier on Monday.