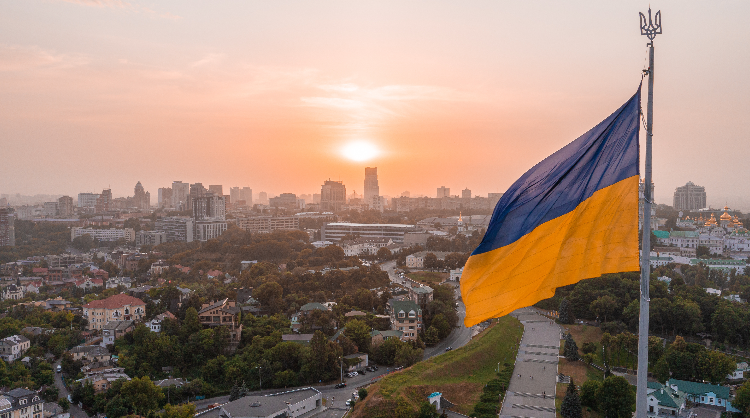 Kyiv: Ukraine marked 31 years since they broke free from the Russia-dominated Soviet Union on Wednesday in what is certain to be a day of defiance against the Kremlin’s six-month-old war to subdue the country once again.

Ukraine’s Independence Day falls six months after Russia’s Feb. 24 invasion and will be observed with subdued celebrations under the threat of attack from land, air and sea.

Public gatherings are banned in the capital Kyiv and a curfew is in force in the front-line eastern city of Kharkiv, which has weathered months of shelling.

In his usual late night address, he said Ukraine is celebrating “the day of our flag” while “fighting against the most dreadful threat to our statehood”.

He urged people to follow safety rules in place in cities such as Kyiv and Kharkiv, including curfews and air raid sirens.

“[Today] is an important day for all of us. And that is why this day, unfortunately, is also important for our enemy,” he said.

“We must be aware that [today] hideous Russian provocations and brutal strikes are possible.

“The Armed Forces of Ukraine, our intelligence, special services will do everything to protect people – as much as possible. And we will certainly respond to any manifestation of Russian terror.”

Adjustments To Their Game Will Be Key To India’s…