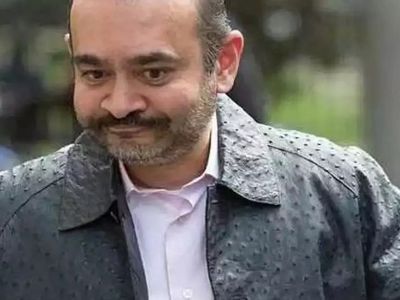 London: United Kingdom has approved extradition of  fugitive diamantaire Nirav Modi to India. The Home Minister Priti Patel has approved this on Friday.

Media reports said Nirav is left with a fortnight’s time to make an appeal in UK High Court against the  order. This comes after the fugitive businessman, wanted in India in connection with the $2-billion Punjab National Bank (PNB) scam case, lost a legal battle against deportation to India  on February 25.

The UK Westminster Magistrates’ Court in its 83-page order had struck down Nirav’s defence that he won’t be given a fair trial in India.

The UK court said it is unfounded that  Nirav will not get justice if extradited. District Judge Samuel Goozee also noted that that Barrack 12 of Arthur Road jail in Mumbai, where Modi will most likely be held in India once he is shipped back, seem to be bigger than the quarters of Wandsworth Prison in south-west London, where the undertrial businessman is currently lodged.

The fugitive diamantaire will be lodged in one of the three cells of barrack number 12 at Mumbai’s high-security Arthur Road jail once he is brought back to India where he will undergo trial. The Arthur Road jail built over 2.83-acre was built in 1926. It is one of the most important landmarks of the financial hub of the country. The high security jail houses 2,680 inmates.

Nirav is presently accommodated at London’s Wandsworth Prison since March 19, 2019.

Another 952 COVID-19 patients recuperate in Odisha