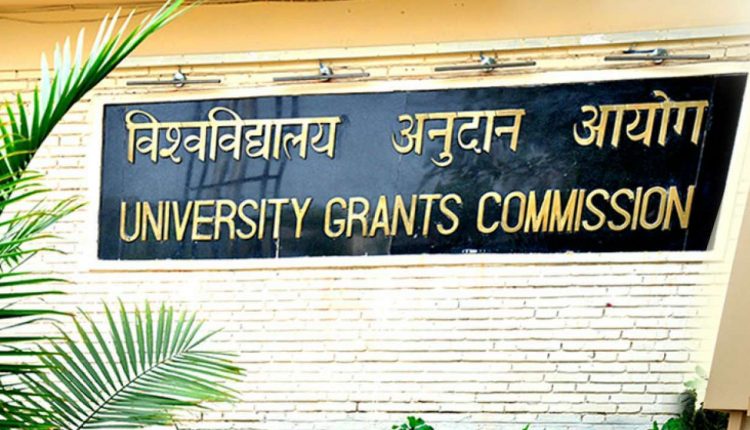 New Delhi: The University Grants Commission (UGC) has revised the rules for admission to PhD programmes by including an entrance test for admission, apart from qualification through the existing National Eligibility Test (NET).

Holders of four-year undergraduate degrees with a minimum CGPA (Cumulative Grade Point Average) of 7.5 will be eligible for admission to PhD programmes, according to revised norms proposed by the University Grants Commision (UGC).

In its latest draft of amendments to the UGC (Minimum Standards and Procedures for Award of Ph.D Degree) Regulations, 2016, the UGC has also proposed to reserve 60% of the available seats for National Eligibility Test (NET)/ Junior Research Fellowship (NET-JRF) qualified candidates in all higher education institutions.

The draft UGC (Minimum Standards and Procedure for Award of Ph.D. Degree) Regulations, 2022, was approved during the 556th commission meeting held on March 10. HT has reviewed a copy of the document. The changes are in line with the National Education Policy, 2020 (NEP 2020).

The draft regulations are likely to be released for public suggestions on Thursday, said UGC officials familiar with the development.

According to the document, while there will be a status quo in terms of the procedure of admissions, the draft guidelines revised the eligibility criteria after the discontinuation of MPhil degree under NEP 2020, and introduction of four-year undergraduate programmes (FYUP).

Under the NEP 2020, universities and colleges will now offer 4-year undergraduate degrees with multiple exit and entry options. Several universities, including the Jawaharlal Nehru University and Delhi University, have already decided to adopt these programmes from this year. After completing a four-year degree programme, the students will receive honours with a research undergraduate degree.

According to the new proposed norms, candidates having a four-year bachelor’s degree with research with minimum 7.5 CGPA will be eligible for admission to PhD programmes, along with first and second year post graduate students (after completing a four-year programme).

Besides, candidates who have cleared M.Phil with at least 55% marks in aggregate will continue to remain eligible. “The MPhil degree shall be de-specified from the Academic year 2022-23 onwards. MPhil degree awarded till the date of notification of these regulations shall remain valid,” the document stated.

The document further stated that 60% of the total vacant seats of the academic year shall be filled from NET/JRF qualified students. “The remaining 40% through the university/common entrance test qualified students on the basis of interviews conducted by the concerned institute,” it said.

Presently, there is no such fixed criteria for universities and colleges. NET/JRF qualified students do not have to appear for an entrance test and are admitted on the basis of viva (spoken examinations) or interviews. Others have to undergo the test and the weightage assigned against interview/viva is 70:30.

Under the amended regulations, the minimum duration for completion of PhD has been revised from three years to two years while the maximum duration remained unchanged at six years. The UGC has also provided for leaves for research scholars to undertake research expeditions, research missions, and exchange programmes.

The proposed regulations also extend a 5% relaxation in eligibility criteria to the economically weaker sections (EWS). The document further stressed on the areas of research and recommended that topics that are “socially relevant, locally need-based,and nationally important” to adding value to society should be encouraged.

Several amendments have been proposed in the role and obligations of research supervisors and co-supervisors, the biggest of them being that they will be allowed to guide two international students on a supernumerary basis

Besides, under the amended regulations, the quality assessment of PhD degrees should be the responsibility of higher education institutions and they will be free to evolve guidelines in this regard.