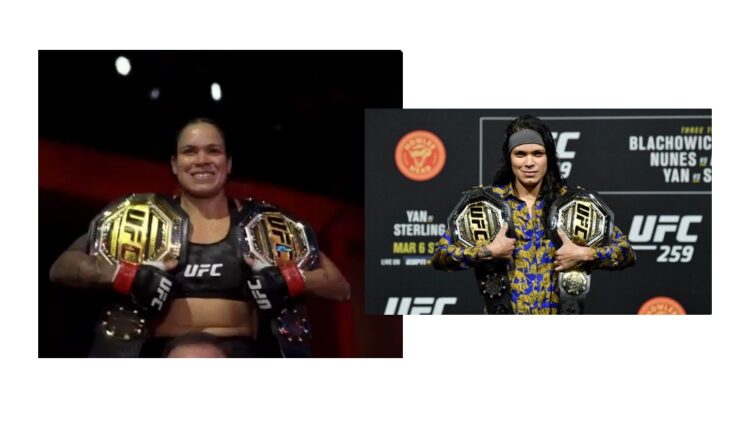 New York: Amanda Nunes (21-4) retained the UFC’s featherweight belt after a first-round submission of Megan Anderson on Saturday at UFC 259. It was the 32-year-old’s seventh UFC title defense, including her second defense of the featherweight belt, which she claimed in December 2018.

Aljamain Sterling claimed the UFC’s bantamweight belt after his opponent, Petr Yan, landed an illegal knee midway through the third round at UFC 259.

Sterling, trailing on two of the three judges’ scorecards at that point, had one knee on the mat before Yan landed a knee to his grounded opponent. The doctor on site would not allow the bout to continue and Yan was disqualified.