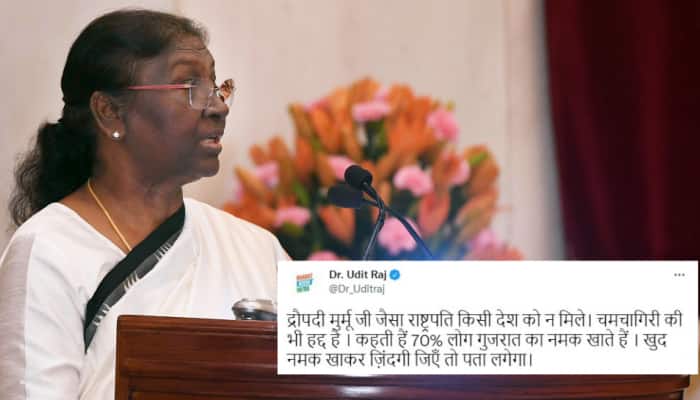 Udit Raj in trouble for derogatory remark on President Droupadi Murmu; NCW asks him to apologise

Party spokesperson Sambit Patra said, the words used for the President by the Congress leader are unfortunate.

The Congress leader in a tweet said, “I hope no country gets a President like Droupadi Murmu ji. Chamchagiri also has its limits. It is said that 70% of people eat salt from Gujarat. If one lives their life by eating salt, they would know.”

The National Commission for Women (NCW) took serious note of the remarks and sent a notice to the leader. The BJP fiercely attacked the grand old party for the leader’s remarks and said that Raj has an “anti-tribal mindset.”

The leader tweeted a while later and said that his comments have nothing to do with the grand old party.

His tweet read: “my statement with regards to Droupadi Murmu is mine & nothing to do with Congress. Her candidature & campaign were in the name adivasi, it doesn’t mean she is no longer adivasi. My heart cries that when SC/ST reach to higher position, they ditch their communities & become mum.”