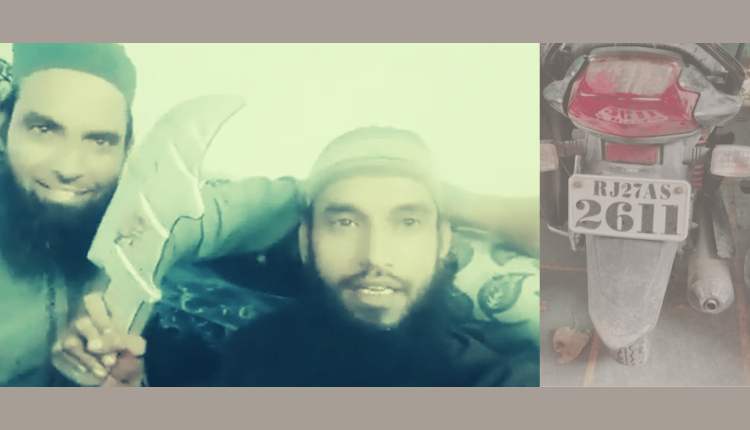 In another development in the Udaipur tailor murder case, the motorcycle used by the killers had “2611” as its registration number, a possible reference to the Mumbai terror attacks in 2008.

According to reports, the agencies, probing the murder, are looking into the registration of Mohammad Riyaz’s bike with RJ 27 AS 2611 on its number plate. To obtain this specific registration number, the accused had paid Rs 5000 to the Regional Transport Office (RTO).

The accused Mohammed Riyaz Khan and Mohammed Gos, who killed a tailor Kanhaiya Lal over a post supporting Nupur Sharma and escaped the scene on the former’s bike bearing registration number 2611, were caught in the Bhim area by the Rajsamand Police hours after the incident. The accused have been sent to 14-day judicial custody.

Terror attacks in Mumbai took place on November 26, 2008 and are referred to as 26/11 in general. 10 Pakistani terrorists arrived at Mumbai by sea route and opened fire indiscriminately at people, killing 166, including 18 security personnel. However, Ajmal Kasab, the only terrorist captured alive, was hanged four years later, on November 21, 2012.

In Rajasthan’s Udaipur, Kanhaiya Lal, a Hindu shopkeeper, was murdered by two Muslim men. The murder was recorded on camera and uploaded to social media. On Tuesday (June 28), a video emerged on social media showing two men entering a tailor’s shop in Udaipur and proceeding to attack him with knives. In a separate video posted by the two men, the duo is heard admitting to the murder and threatening the Prime Minister of India.