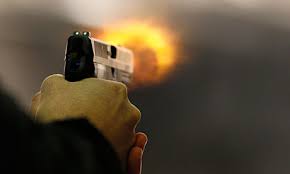 Balasore: Two youths were injured after bike-borne miscreants allegedly fired shots and attempted to loot cash from them on National Highway-16 in Balasore district.

According to sources, the incident occurred last evening while the two motorcyclists carrying Rs 2 lakh in a bag were en route to Bhadrak from Balasore when two miscreants intercepted them near Khanagar and tried to snatch the bag containing cash.

Facing resistance, the miscreants opened fire at them.

Though the youths sustained injuries, they drove for nearly eight kilometres towards Shearagada toll gate, however, they were chased by the assailants.

With no other options left, the injured duo kept their motorcycle near the toll gate and ran towards the office of a Jatra Troupe nearby.

One of them has been admitted to the SCB Hospital in Cuttack while the other one is undergoing treatment at the local hospital.