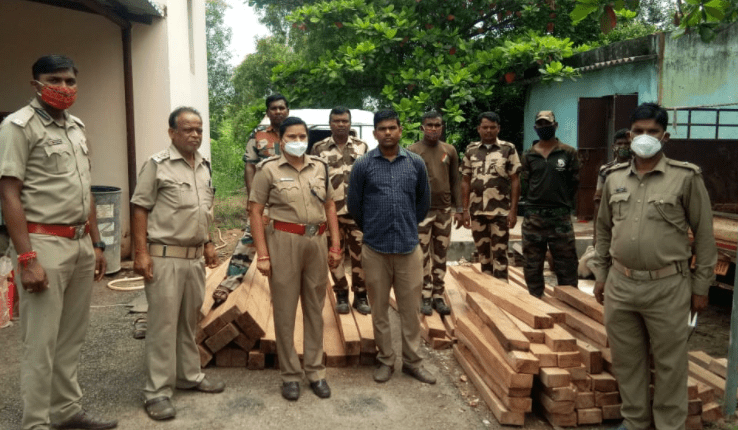 Acting on a reliable input about timber smuggling, two teams led by the ranger, Brajmohan Pattanaik conducted raids at different places and seized 43 wood planks from the four-wheelers. However, the driver managed to escape from the spot.

Further investigation is underway to nab the absconding accused involved in the illegal trade, sources said.

Notably, several efforts are being made by the forest department to curb the smuggling of forest produces.