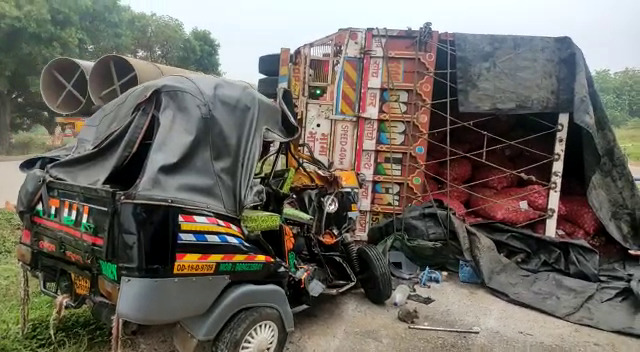 Angul: Two persons were killed while three others sustained critical injuries in a truck-auto-rickshaw on NH-55 in Angul.

The deceased have been identified as Kanti Sahu and Kokila Sahu.

According to reports, the incident took place while the ill-fated auto carrying five passengers was returning when it collided with an onion-laden truck. Subsequently, two persons died on the spot while three others sustained critical injuries.

The injured were immediately rushed to the hospital for treatment.

On being informed, police reached the spot and recovered the bodies for post-mortem. Further investigation is underway in this regard.