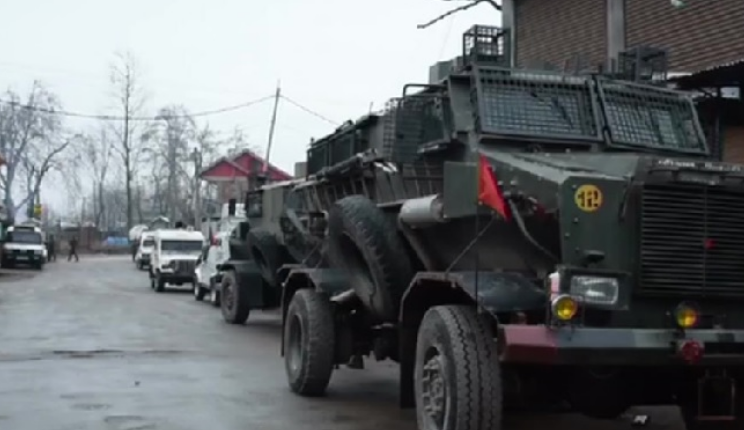 Srinagar: Two unidentified terrorists have been killed in an encounter that broke out at Tiken area of Pulwama in the early hours of Wednesday.

The encounter is currently underway as police and security forces are engaged in the operation.

According to reports, joint troops of 182 Batallion CRPF, Rashtriya Rifles and Special Operations Group of Jammu and Kashmir Police were carrying out cordon and search operations (CASO). Meanwhile, the terrorists, which were hiding in the area, opened fire on the security personnel.