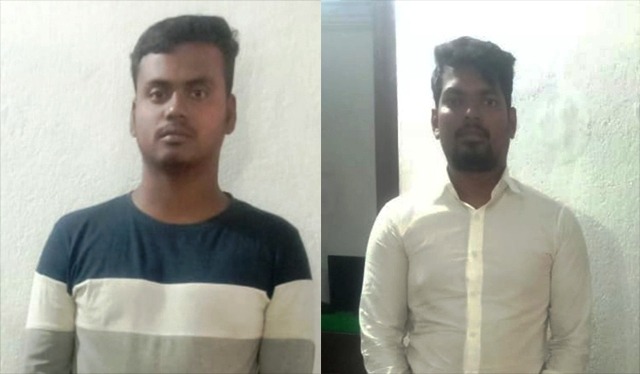 Digapahandi: Two persons, detained by police on Wednesday for defrauding over Rs 2 cr, were sent to jail as their bail pleas were rejected by the court on Thursday.

Police said the duo were nabbed following allegation that they have swindled over Rs 2 cr from people with the promise that they will provide labour cards to them.

They are identified as Bikash Pradhan and Kanhu Bisoi of Khaira and Punjikainya chhak. Police sources said the duo had opened B-One Shramik Sangh at Punji Kainyan.

IIC Basant Kumar Sethi said Bikash was the man behind the fraud who had cheated huge amount of money from gullible villagers of the district by giving them false promises of providing labour cards. Bikash had collected as much as Rs 1000 per person to provide them with the said card.

Police swung into action after the Labour Officer lodged a complaint at the police station that the duo is running a fake organization for cheating poor people.