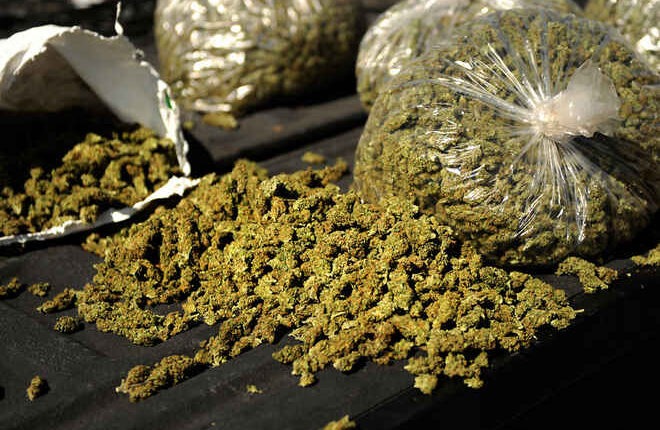 Koraput: Police have seized a huge cache of ganja from the Lamtaput area in Koraput district on Saturday. The estimated value of the seized contraband was Rs Rs 20 lakh, police informed.

Acting on a tip-off, police conducted a raid at Jabagad forest late last night and seized around two quintals of ganja from there. However, the accused managed to escape from the spot.

According to preliminary investigation, it was learnt the contraband was kept for trafficking to other states. Further investigation is underway to trace the accused involved in the illegal trade.