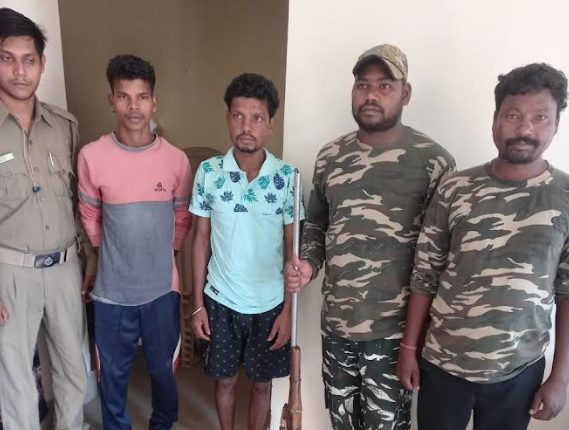 During the raid, the officials seized 10 kg of meat of Muntjac (also known as barking deer) and arrested the two accused persons.

The severed head of a barking deer, a country-made pistol and an axe have been seized from the possession of the accused persons and they were forwarded to court, informed Ranger in charge.

Jashipur MLA’s Driver, 5 Others Held For Looting Businessman At Gunpoint