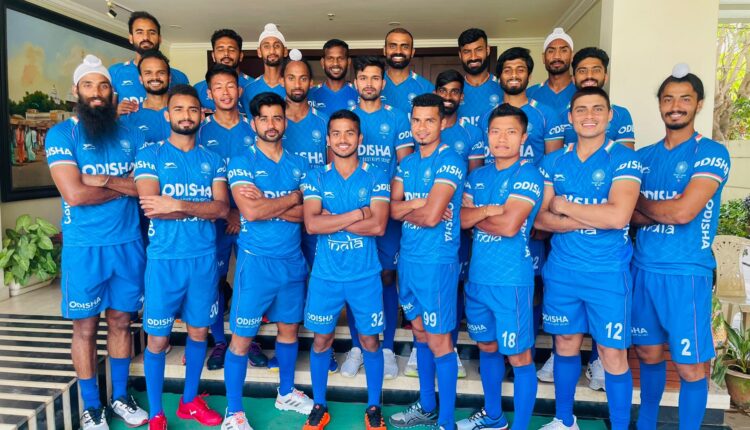 New Delhi: Two Hockey stars from Odisha, Amit Rohidas (Defender) and Shilanand Lakra (Forward) have been named on Wednesday by Hockey India in the 22-member Indian Men’s Hockey Team who will face Argentina in the FIH Pro League double-header this weekend at the iconic Kalinga Hockey Stadium in Bhubaneswar.

Moirangthem Rabichandra Singh, who was part of the Indian Junior Men’s squad at the FIH Junior Men’s World Cup, will be the lone new face in the team for the matches against Argentina scheduled for 19th and 20th March 2022.

Speaking about the team, Chief Coach Graham Reid said, “These games will provide great exposure for young, new players coming up the ranks, while as a team we are also getting to work out different combinations ahead of the Asian Games.”

“Rabichandra is an exciting young midfielder who showed a solid glimpse into what he can bring to the team during the Junior World Cup. I am looking forward to seeing the defensive pressure he takes to the opposition and his uncanny control with the ball, both great assets in the way we like to play. We also have Gurjant returning to the squad and we continue to try Jugraj, Sukhjeet and Abhishek who are showing good potential,” Reid added.

The Indian Team has thus far played six matches in this season of FIH Hockey Pro League. They beat South Africa at home (10-2, 10-2) while they won a game and lost a game each against France (5-0, 2-5) and Spain (5-4, 3-5). India is currently placed second in the pool standing with a total of 12 points while Netherlands are currently placed on top of the pool standings with 16 points.

India will next take on World No.6 Argentina on 19th and 20th March at 19.30 hrs (IST) at the Kalinga Hockey Stadium.

Fire Breaks Out At Shopping Mall In Kalahandi Town