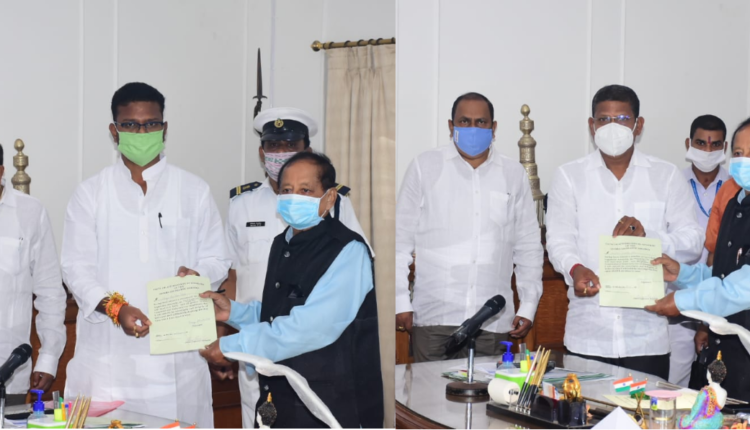 The swearing-in ceremony was held at the Assembly Speaker’s chamber in the state Legislative Assembly here.

Both of them will take part in the upcoming winter session of the Odisha Assembly.

While Bijay Shankar Das trounced BJP candidate Rajkishore Behera by 41703 votes in Tirtol to retain the seat, Swarup Das snatched the Balasore seat from BJP by defeating Manas Kumar Dutta by a margin of 13,351 votes.