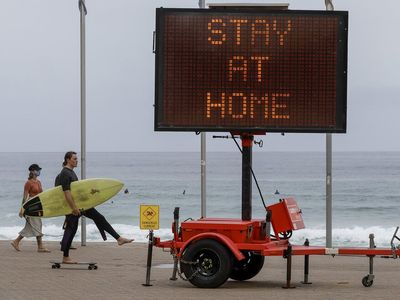 Sydney: Australia on Monday confirmed that two cases of a fast-spreading new Covid strain that has forced Britain to reverse plans to ease curbs over Christmas.

This is the first confirmed case of the strain in the Asia-Pacific region.

However, New South Wales officials stressed that no people infected with the new strain were believed to be circulating in the community.

Australia, however, said it was not considering suspending flights with Britain.

Chief Medical Officer Paul Kelly told reporters that “Everyone coming from the UK is going into 14 days of hotel quarantine and they are of no risk as that quarantine works so successfully”.

Authorities were also hopeful they were getting to grips with a flare-up of the virus in Sydney after New South Wales reported its lowest one-day rise in new infections in three days.

Other states and territories in Australia have moved quickly to close borders throwing Christmas travel plans into disarray.